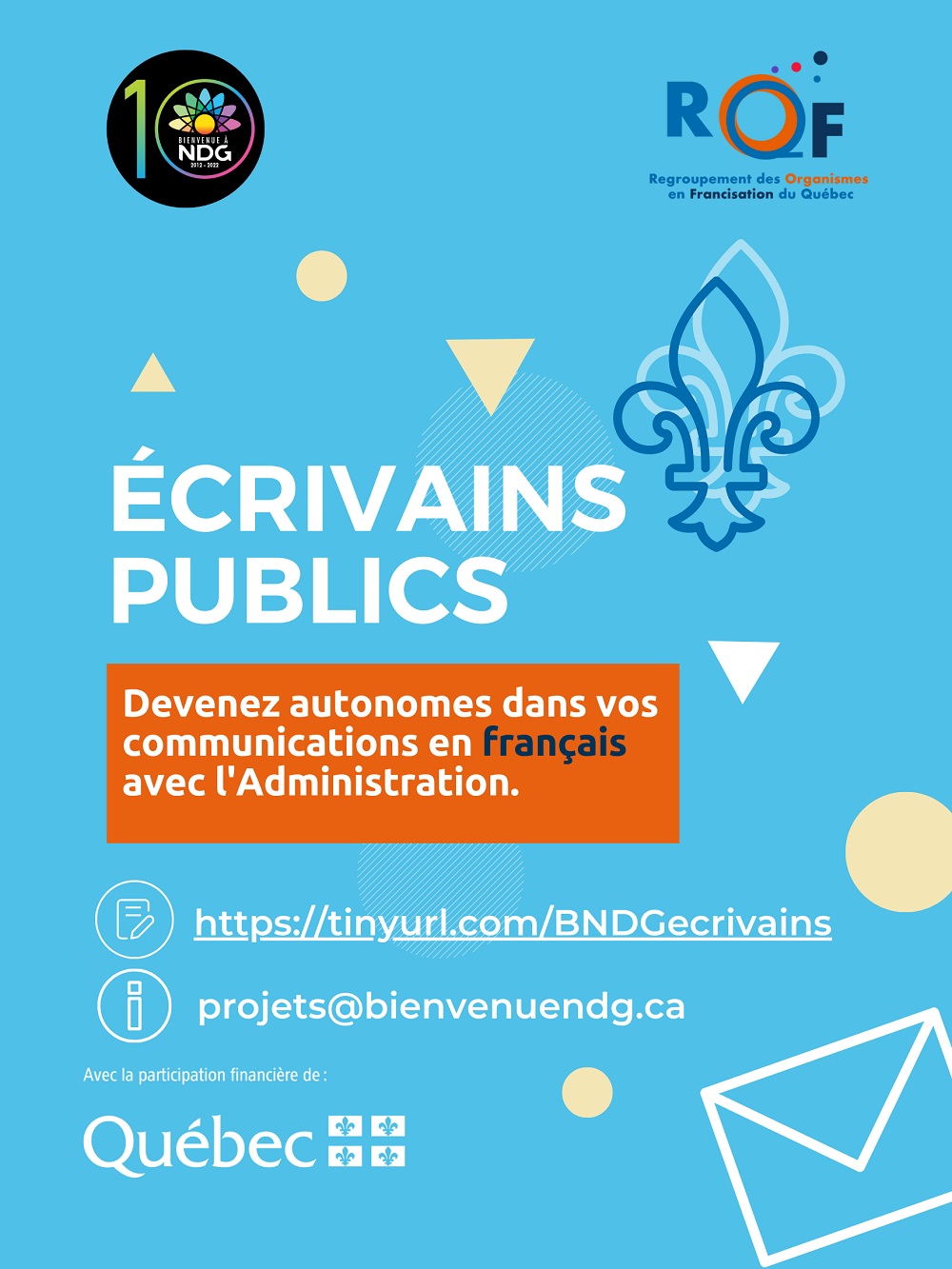 The “Public Writers” project consists of supporting newcomers in their relations with the Quebec state. The project aims to facilitate your administrative procedures and your oral and written communications exclusively in French with government departments and agencies. By participating in collective and individual activities, you will be better equipped to communicate independently with government agencies in French.

The project began at Bienvenue NDG in 2022 with the financial participation of the Government of Quebec and the support of the Regroupement des Organismes en Francisation du Québec.

Are you an immigrant and would like to improve your communications in French with public administration by taking our free training?